THE NAVAL SERVICE is set to decommission three ships next week, The newspaper has learned.

The government is considering the former Irish Navy flagship LÉ Eithne to become a floating museum in either Cork or Dublin.

Sources said a consideration for the LÉ Orla and LÉ Ciara is that they be sold to a Navy in Asia, but the Department of Defense (DOD) said this has not been confirmed.

“No final decision has been made regarding the disposal of the three vessels following dismantling. Department officials are reviewing options to determine the most effective and efficient way to dispose of the vessels,” a spokesperson said.

The DOD said a number of options were being considered, including “safe and environmentally friendly recycling through an EU-approved ship recycling facility.”

They are also considering an auction to a private or foreign public buyer, a direct transfer between governments and also to donate the ships for a tourist attraction or a museum.

“Consultations are ongoing with Dublin Port and Cork County Council regarding the donation of LÉ Eithne for use as a tourist attraction or museum piece.

“The option of a government-to-government transfer of LÉ Orla and LÉ Ciara is also under consideration. The Department is unable to comment further on these explorations,” the spokesperson added.

The decommissioning is unrelated to the severe staffing issues the Navy faces as specialist engine room technicians leave the service.

The LÉ Orla alongside the Ludwigshafen am Rhein of the German Navy.

Defense Minister Simon Coveney voiced his hope for the Eithne to become a museum during a speech at the Dáil on Tuesday.

“There is interest in transforming the LÉ Eithne in an attraction. We need to explore the viability of this proposal.

“If it’s viable then I would love to do it because this ship has an amazing history and people would love to see it put to good use.

“As for other vessels, if we can ensure they have further use in another country that may be able to use them, then we are certainly looking at those options now, rather than scrapping or disposing of them. ships,” he said.

The minister said it was important to move these ships forward as they cost a lot of manpower to maintain.

The navy has purchased two new coastal vessels from New Zealand in recent months and there are plans to open a naval base on the west and east coasts.

LÉ Eithne was the last Irish Navy vessel to be built in Ireland in 1984 at Verlome Dockyard in Cobh.

Alongside her role as flagship, she patrolled the Atlantic and carried out numerous overseas deployments, including the rescue mission in the Mediterranean. 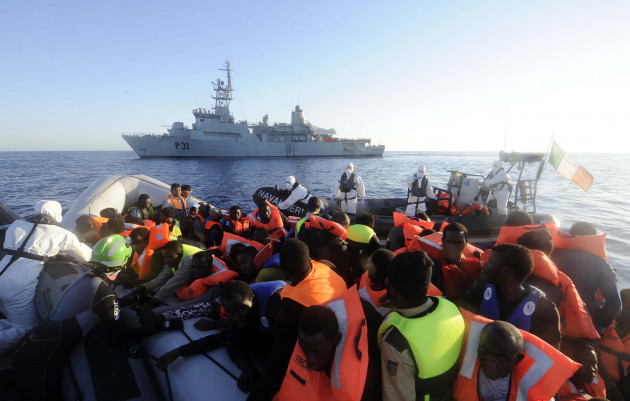 She was the only ship in the Irish Navy to have the capability to carry a helicopter with a hanger on the stern of the ship.

Eithne was the first ship in the Irish Navy to cross the Atlantic, when it visited New York and Boston and crossed the equator in 2006 during its historic deployment to South America.

LÉ Orla was formerly HMS Swift, a British Royal Navy patrol vessel stationed in Hong Kong. It was purchased by the Irish State in 1988.

One of her greatest operational successes came in 1993 when her crew made the largest drug bust in state history when she intercepted the 65-foot ketch, Brime.

LÉ Ciara was also a British Royal Navy vessel based in Hong Kong – HMS Swallow and purchased together with Orla in 1988.

She also marked a major drug trafficking operation in November 1999 when she was involved in the second largest drug bust in state history at that time with the arrest of the MV Posidonia off the coast of the southwest coast of Ireland.

The Township of McHenry Fire Protection District forecasts 7,400 calls for service in 2022, a 7.6% increase from 2021. These higher numbers come on top of a 21% increase in total ambulance calls over the past two years, Deputy Chief Steve Spraker said. And just like the private sector, Fire Chief Rudy Horist said fire […]

Ambulance crews were forced to “crawl” around hospitals for long periods of time, meaning there were fewer paramedics on the road, Mr Hilll said. Loading “They are taken to hospital and sometimes they never leave,” Mr Hill said. “Currently, an average ambulance crew only attends to 2.2 patients per day due to the time they […]