The world’s first all-electric, zero-emission fast ferry, classified as a high-speed craft, recently completed construction and is being delivered to its new home port in Stavanger, Norway. After final trials, the ship, MS Medstraumis expected to launch a regular shuttle service in Norway as a further demonstration of future electric ferries.

The vessel was built using a modular construction method unique to Norway’s Fjellstrand shipyard. According to the shipyard, modularization has reduced both production and engineering costs and will help make electric-powered high-speed vessels cost-competitive and environmentally friendly.

“It was difficult to build this ship, as it had never been done before, but we learned a lot. Fast ferries require a lot of energy, so we had to do Medstraum lighter and much more efficient than traditional fast ferries,” said Edmund Tolo, Head of Research and Development at Fjellstrand AS.

The Medstraum is about 260 gross tons. The vessel is approximately 98 feet long and can accommodate up to 147 passengers. It is operated by a crew of three. It will operate a regular service between Stavanger, Byøyene and Hommersåk in Norway for Kolumbus. The typical schedule is for crossings lasting between 35 and 40 minutes. 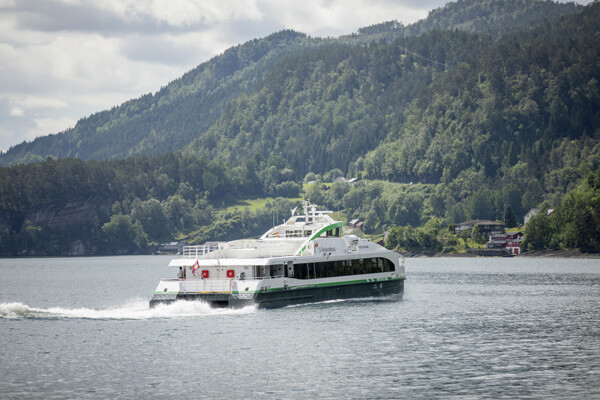 “It’s revolutionary that a ship of this size can run at 23 knots for an entire hour on just electricity,” Tolo said. The shipyard reports that the vessel reached a top speed of 27 knots. The catamaran has two 550 kW electric motors and a battery capacity of 1524 kWh with a charging power of 2.3 MW.

Fjellstrand shipyard in Hardanger, Norway, notes that the world’s first all-electric ferry, Ampere, was built just seven years ago in 2015. They estimate there are now around 70 emissions-free ferries in service in Norway, but it is the first to be classified as a high-speed craft.

“Not only have the project partners developed and demonstrated a new emissions-free propulsion system that can maintain higher speeds than before, but we have also adopted an entirely new modular design and construction methods that will revolutionize the way we let’s build boats in the future,” said Hege Økland, CEO of Maritime CleanTech, the cluster organization that initiated and set up the EU-funded TrAM project, which resulted in Medstraum. 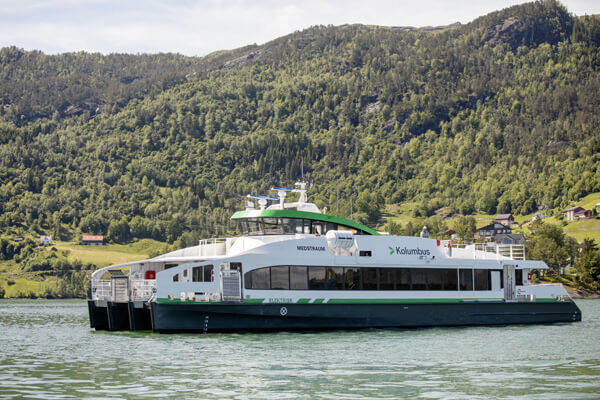 “We are very happy to have finally delivered this flagship product,” said Mikal Dahle Project Manager at Kolumbus. The company, which currently has ten conventional fast ferries, estimates Medstraum will reduce its emissions by 1,500 tons per year, despite operating on its least energy-intensive route.

The fast ferry development project involved a broad coalition of companies located in Norway, Germany and the Netherlands and also involved the University of Strathclyde in Britain as well as the National Technical University of Athens. The Medstraum has been classified by DNV.

The ship cost around $11 million to build, with 50% of the cost being met by the European Union as a demonstration project. 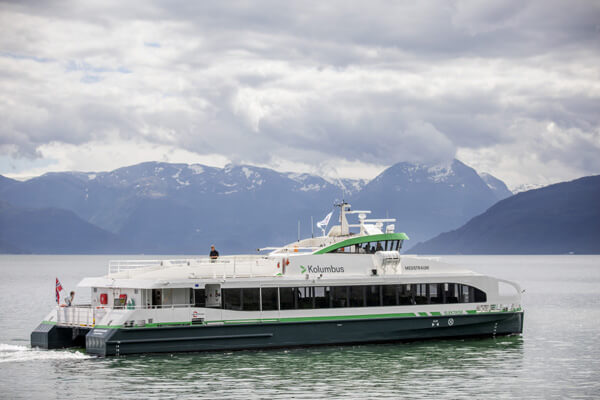 Paul Lau, CEO and General Manager of the Sacramento Municipal Utility District (SMUD), believes electrification of the transportation and construction sector “is a cornerstone of a strategy to achieve zero carbon” due to relatively low emissions. important generated by these industries. party, SMUD, the sixth-largest community-owned, nonprofit electric utility company in the United States, has […]